The Africa-China Journalists Forum is the Africa-China Reporting Project’s annual gathering of journalists discussing their Africa-China investigations. This year's event took place at the Graduate Center Seminar Room at Wits University on 20 November 2017, and ended with a social event on the Library Lawns in front of the Wits Great Hall.

The Forum featured presentations on their recent Africa-China investigations by journalists from Benin, Cameroon, China, Botswana, Kenya, Liberia, Malawi, Namibia, Nigeria, South Africa and Uganda; and also by the ten African and Chinese journalists on the result of their fieldwork during the Africa-China Reporting Workshop that took place 7-20 November.

A full programme for the event as well as a short biography of keynote speaker Prof Ying Chan is available here. Please scroll down to the bottom of this page to view a full video recording of the event.

Our Africa-China Project is an important part of what we do in our journalism department. When we started it some years back, the main thing on our mind was how simplistic, uninformed the coverage was and how that led to knee-jerk stereotypical responses to what was a story that was clearly of growing importance and impact – and that’s what we set up to try and address.

Professor Harber emphasised the importance of investigative journalism in pushing critical and beyond-the-surface coverage of Africa-China relations to encourage harder and tougher probing questions on their relationship.

The keynote address was delivered by Professor Ying Yuen Chan, distinguished journalist, author, educator and China media expert. In her address Prof Chan stressed the importance of investigative journalism and discussed how Chinese media has grown in this aspect:

Professor Chan spoke of the challenges currently faced by journalists, including those related to technology, the market, regimes, autocrats, fake news, weaponisation of information, and sustainability:

But in spite the doom and gloom, journalism is alive and well and it is also a declaration of faith, that in spite of challenges, we have no choice but to move forward. We need to populate a space of evidence-based and data-rich good journalism – we need to collaborate and share what we need to learn from each other.

She noted the importance of institutions like the Africa-China Reporting Project, especially in combating the status quo that is threatening journalistic practice.

It is in that context that this Project is so important and timely, when the reporting of China in Africa is seen to not be of much use.

Freelance journalist from Botswana, Mbongeni Mguni presented his investigation on the controversial Morupule B power station project  at Palaype, Botswana. Mbongeni related the history and context of Botswana’s economy and the need for energy self-sufficiency. After South Africa gave out white paper warnings to each of the countries it supplied energy to, including Botswana, each country was given ten years to establish its own power supply. And in April 2009 a contract was signed between Botswana and China National Electrical Engineering Company (CNEEC).

Mbongeni explained how this contract was meant to expand the power station's capacity to 600 megawatts in 42 months:

Expanding something to 600 megawatts in 42 months is an incredible speed to expect of a project. It was not supposed to be possible and it proved that it absolutely wasn’t.

Malawian journalist James Chavula shared his investigation on the Chinese-built Bingu Highway in Malawi. James described the road as a good metaphor for the productive Malawi-China relationship which is now in its tenth year. While Malawi was operating under Taiwanese partnership for over five decades, it struggled to see growth and development, and “when the Chinese came in 2008, they changed things that the Taiwanese struggled with for over three decades”.

James conducted an on-the-ground investigation, speaking to local people and officials to assess the impact of the road on the community:

For them, this road liberated them. For 15 years these people were left behind and could not access anything.

Chavula noted the importance of narratives that are true and reflective of a county's relations with foreign states. Because the China-built road provides for retaining skills and improving service delivery in Malawi, it allows for a different narrative about China that is not of a neo-colonial nature but of common development.

Another Malawian journalist, Richard Chirombo, shared his investigation on whether Malawi has become a dumping site for Chinese products. Richard recounted his comprehensive investigation and all the various people he interviewed, and provided insights to explain this crucial issue.

To hear all the presentation of Session 1 please click here:

Host and Quartz journalist based in Nairobi, Lily Kuo presented her investigation A view of Globalisation from below, with different stories reflecting the dimensions of the trade in cheap goods, a phenomenon Hong Kong University academic Gordon Matthews called "globalisation from below".

Lily's investigation assessed the impact of cheap traded goods on African communities and Chinese communities, tracing the growth and performance of Chinese small businesses, retailers, and bigger establishments such as China malls. She interviewed Chinese migrants, drawing historical measurements against the current state of businesses within the Chinese markets. Lily found that businesses are facing a downturn in the local economy, and this is influenced by factors including weak currencies and heightened competition.

To hear all the presentation of Session 2 please click here:

This session focused on the Africa-China dimensions of wildlife crime, animal poaching and illicit trades of endangered species. Shanghai journalist Shi Yi presented her investigation Wildlife trade from the African bush to the Chinese market: A story of money, gain and loss.

At the beginning of Shi Yi's investigation she was fortunate to find Chinese people involved in wildlife crime. However, as the story developed sources became few and complications ensured. One of her contributors was shot in the bush and from then on she decided to conduct the investigation with the use of the police services. She outlined her findings on the factors impacting wildlife crime and the linkages to the demand and supply chain between Africa and China.

Namibian journalist John Grobler presenting a contextual analysis to wildlife crime in southern Africa with Chinese mining as a driving factor was journalist. John traced the major developments in rhino poaching from 2014, and noted that as a result of this poaching "there are only 5,000 black rhinos left and they remain endangered".

John gave extensive background on the rhino horn trade, tracing its origins to over 3,000 years ago. He traced the act of wildlife crime to the the time of German colonialism in Namibia when Germany defined the geographical scales and borders to Namibia and South Africa, and how that meant farming areas and the species existing in them were within the "operational zones" where military guard was stationed along the border. Due to the military occupations in these zones a culture of “doing as one pleases” developed, along with syndicates where animals were exploited, hunted, and killed.

South African journalist and author Kimon de Greef presented on his ongoing investigations into the fast prevailing new illicit trade in donkey skins and  the pipeline of supply from Africa to China.

Kimon outlined the story of an unprecedented rush for donkey skins and how this threatens the livelihood of rural communities and sustainability of the animals. Kimon's interest was how this trade intersects between African and China. He investigated the sales of products made from donkey skins and the development of the market, with factories growing from lucrative sales made to the Chinese middle class. He explained the nature of marketing for some of the products made from donkey skin and their use in medical products.

To hear all the presentation of Session 3 please click here:

The last session presented the fieldwork findings of the ten journalists selected to participate in the Africa-China Reporting Workshop that preceded the Forum. The ten journalists were paired in five groups of two and investigations were grouped under the themes of Culture, Language & Education; Agriculture & Food Security; Business, the Economy & Trade; and Industrialisation & Development. Journalists from Mainland China, Uganda, Hong Kong, Liberia, Cameroon, Botswana and Nigeria gave the following presentations on their investigations carried out in South Africa during the workshop:

To hear all the presentation of Session 4 please click here:

Following  this session the delegates enjoyed a social event on the Library Lawns in front of the Wits Great Hall: 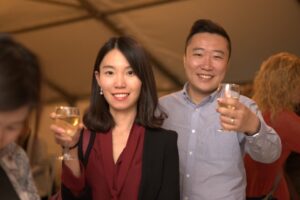 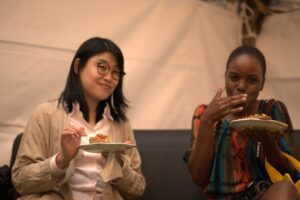 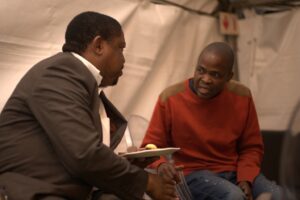